Back to Blog
Chris Ashby

How to use the storytelling principles of character and conflict to better understand the motivations and needs of your users. 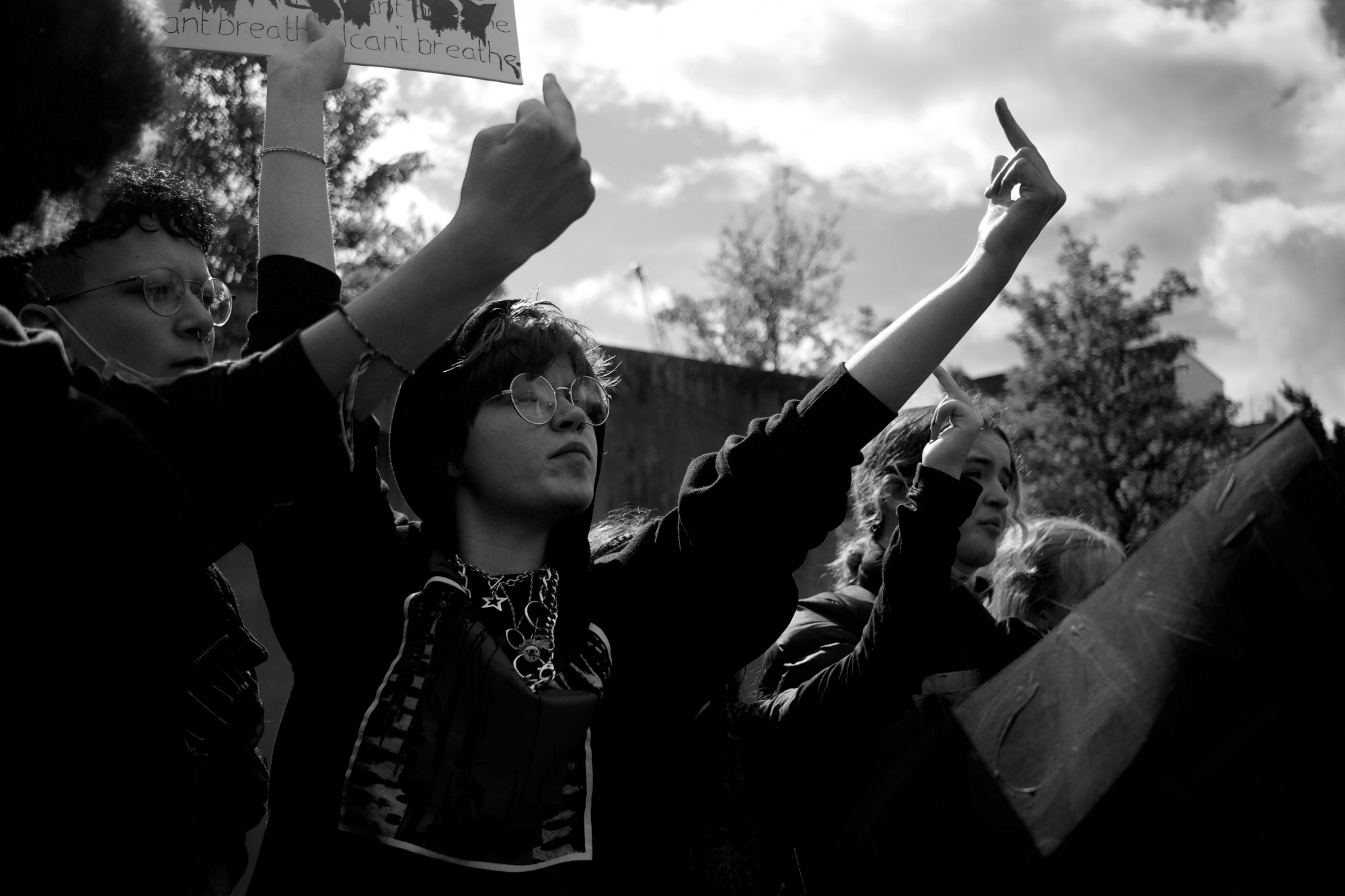 Photo by Sushil Nash on Unsplash

User-centred thinking and design is understood in many different ways. To some, it simply means putting yourself in the user’s shoes to make decisions, although this often inevitably means projecting your own opinions onto the idea of a ‘user’ and often ignoring data or research. To others more familiar with the process, it can mean using user research, data, and user testing, to form personas, journeys, and pull together a much broader picture of who the user is, how they behave, and what their pain points are.

The second approach is fairly standard in product design. You use insight available to form a better idea of what the user is struggling with, what they might want in terms of features, and which bits of your product, service, or website they find usable or frustrating.

This is a very conventional and iterative approach to product design, which focuses on the user, and puts their needs first.

Very often though, this approach, whilst great at identifying issues with specific or nuanced elements of your product at a user level, fails to provide us with any wider insight to deliver bigger impact changes or features.

So, how can we deliver bigger impact changes that more deeply affect user behaviour, beyond just fixing or addressing their frustrations. What fundamental and radical changes or features can we offer to our users, that will not only provide them with a much richer experience, but also create a fierce passion for your brand, or deep, habitual support, or connection with what you do?

To do this I believe that we need to take a different approach instead of simply prioritising a list of fixes and features using impact vs effort based on research, data, and analysis. We need to understand our users on a much deeper and more intimate level. We need to understand them as they see themselves, as we all see ourselves in our own lives. As the heroes of their own story.

To understand that though, we first need to understand how the characterisation of the protagonist works in storytelling.

The Characterisation of the Protagonist

In most stories that resonate with us, we will invariably identify on some level with the plight of the protagonist. We all see ourselves as the protagonists of our own lives. Our struggles and experiences form the stories that we tell to others through our conversations, messages and more.

So how is the protagonist characterised in storytelling?

The first part of the protagonist’s characterisation comes by way of understanding the purpose of the story itself, or the Armature as defined by Brian McDonald in Invisible Ink. Most great stories have a purpose: a lesson or a message that the story is trying to convey.

Once we know the purpose of the story, the protagonist can then assume their role as the vehicle for that purpose.

Every aspect of the protagonist (and often other characters in the story), is designed to enhance the communication of that purpose to the audience. For example, if the purpose of the story is to teach us that ‘true happiness only comes from our relationships with others,’ then we might characterise the protagonist as someone who is self-centred, ego driven or longing for fame, all whilst shunning help from anyone else, and despising their friends and family. We would show them acting selfishly and failing, ignoring others and shunning relationships, ending up sad and alone. We might also show them as someone who has been hurt by a relationship in the past, or who even despite not trusting anyone, still keeps a memento of someone he secretly still cares for as a possession. This protagonist would then go on a journey through the narrative of the story, that challenges and eventually alters those behaviours, actions, and beliefs.

This example demonstrates how the journey of the protagonist could communicate the message of the story to the audience, in a way that allows them to come to the conclusion themselves.

Once the protagonist has been formed around the message of the story, we can then start to shape the journey that changes them, the narrative of the story. There are many different frameworks for this, including the hero’s journey as defined by Joseph Campbell, which I won’t cover here, but highly encourage reading.

Regardless of the framework however, the journey itself can be more simply viewed as a series of conflicts that either sets the protagonist back or pushes them forward, ending in them eventually returning home (literally or metaphorically), having changed. In our example, the story might be resolved when the protagonist realises that their selfish ways are actually hurting rather than helping them, as they come to realise that by building meaningful relationships happiness is truly achieved. They might then return to those they rejected at the beginning of the story to make amends, or rebuild their relationship entirely.

More importantly, the characterisation of the protagonist teaches us that deeper behavioural, and psychological change, doesn’t come from simply solving all the hero’s problems. It instead comes from us placing designed conflict in front of the hero in order for them to question their status quo, providing them with enough information to resolve the conflict themselves, and allowing them to overcome it in a way that is positive.

It also tells us that it is important for the audience participating in that story to be able to put themselves in the shoes of the protagonist, in order to experience some level of that psychological change in themselves.

The proof is in the pudding, I’m sure most of us have been affected on some level by a particularly moving character in a film, book, or TV show, teaching us a lesson that has stayed with us ever since.

So now we have an outline of how the protagonist is characterised, and we know that instead of simply solving their problems we have to create the right conflict for them to truly change as a character. But how do we define that conflict? And what is the right conflict to use?

In the first instance, if the goal is to set the hero back, then the conflict either has to answer the protagonist’s actions with a ‘no, and’, or a ‘yes, but’.

For example, in Star Wars: A New Hope, onboard the Death Star, the conflict facing Luke, Leia, Han, and Chewbacca is being captured by stormtroopers before they escape. So when they see a trash chute as they are being followed, they jump down it. This conflict is a ‘yes, but’. YES, it solves the problem of being chased by stormtroopers, BUT it introduces another problem when the Dianoga attacks Luke, as well as the trash compactor beginning to close in on them.

The second type of conflict, the one we want to focus on for our users, pushes the hero forward and can be defined as answering the protagonist’s actions with a ‘no, but’, or a ‘yes, and’.

Using These Principles to Spark Deep Behavioural Change in Users

So how do we apply these principles, alongside research, data and testing, to affect deep and fundamental behavioural change in our users, in a way that both benefits us and them?

Maybe it’s to ‘make people as passionate about running as we are,’ or perhaps ‘to help isolated and lonely people know that someone is always there for them.’

Whatever it is, this is the first building block to unlocking the change in our users we are looking for, beyond just fixing their pain points and frustrations.

The next step comes in using data and research to understand where our users are starting from. What are their behaviours, what are their opinions and beliefs, what do they do each day, where do they live, and what questions are they asking themselves. These are our characters, at the start of their stories.

Once those are defined, we have both our starting point: the definition of our heroes, the users who will be beginning their journey with our product, and we have our end point: the purpose of our product, the behaviour we want our users to exhibit by the end of their journey.

Next comes the tricky part: identifying the conflicts we are going to throw at our users in order for them to change, to develop the behaviour we are trying to get them to exhibit. Remember, these conflicts need to push them forwards rather than set them back, which means every conflict we create for the user should always be a ‘no, but’ or ‘yes, and’.

Finally, once we know what conflicts to throw at our user, we need to make sure we always give the user the right information at the point of conflict for them to resolve it themselves. The user needs to come to their own conclusion for behavioural change to happen.

For example, for an athletic-wear brand focused on running, trying to ‘make people as passionate about running as we are,’ if we know users often think ‘running is boring,’ then we should create a conflict for them that makes them question that assumption. This could take the form of a feature that gamifies the experience with badges and achievements, a new soundtrack for each run, or being able to see the most exciting or challenging routes nearby. Once this conflict is created, the user also needs to be provided with the information that proves to them why that feature makes it ‘not boring’. That could be in the form of user reviews, data about which of your friends have completed which achievements, exclusive tracks from artists on playlists, or leaderboards for each of the routes.

Hopefully I’ve managed to show here how by treating users like the protagonists of their own story, we can spark deeper, positive behavioural change in our users, in line with business objectives. This approach can help take products and websites beyond just functional services fulfilling user needs, to affect larger scale positive behaviour change for large groups of users. Behavioural change that not just benefits businesses and brands, but also benefits users on a deeper level, changing them for the better, allowing them to tell a more engaging and positive story, using the products and services we design as the foundation of those stories. 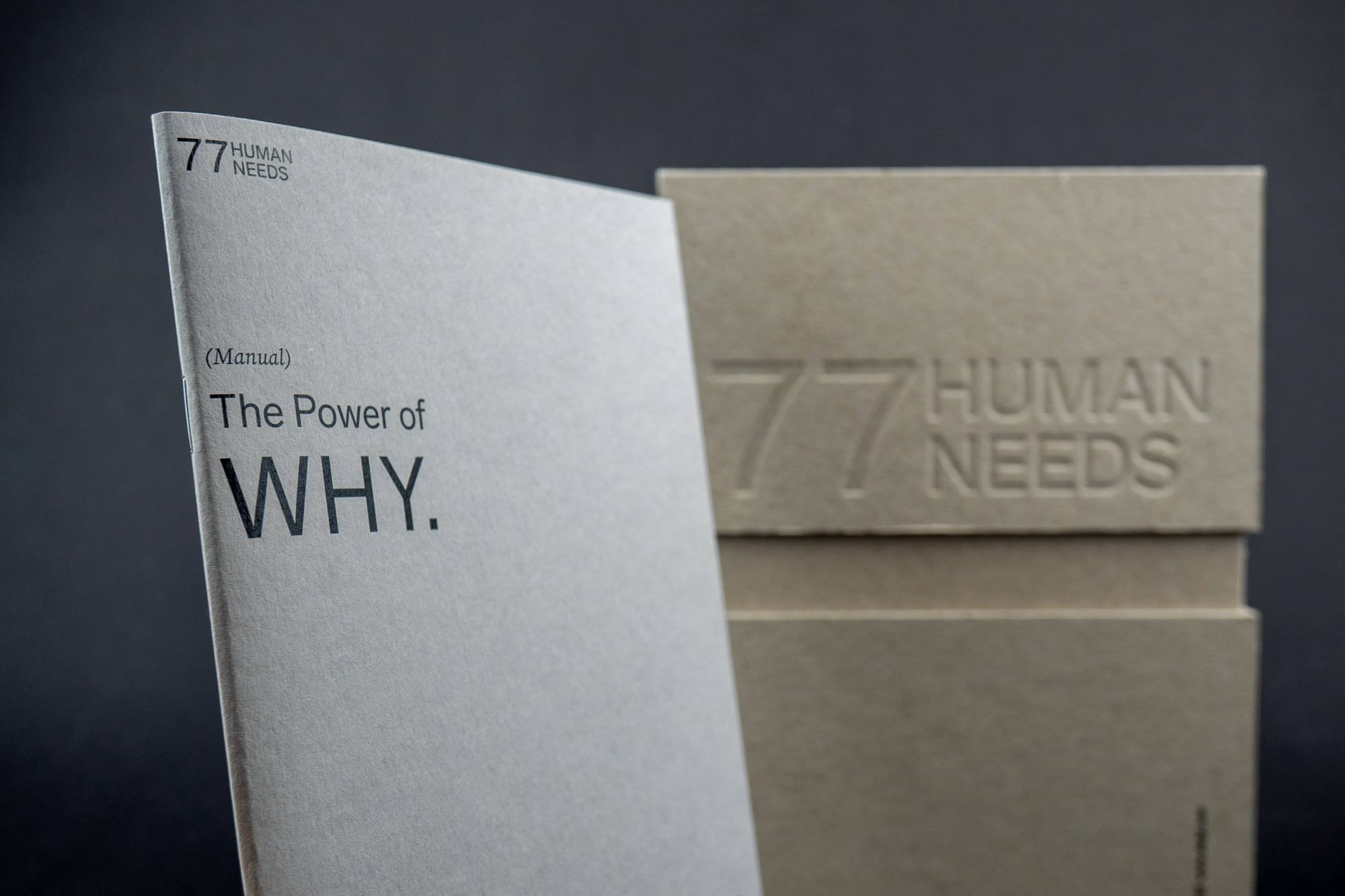 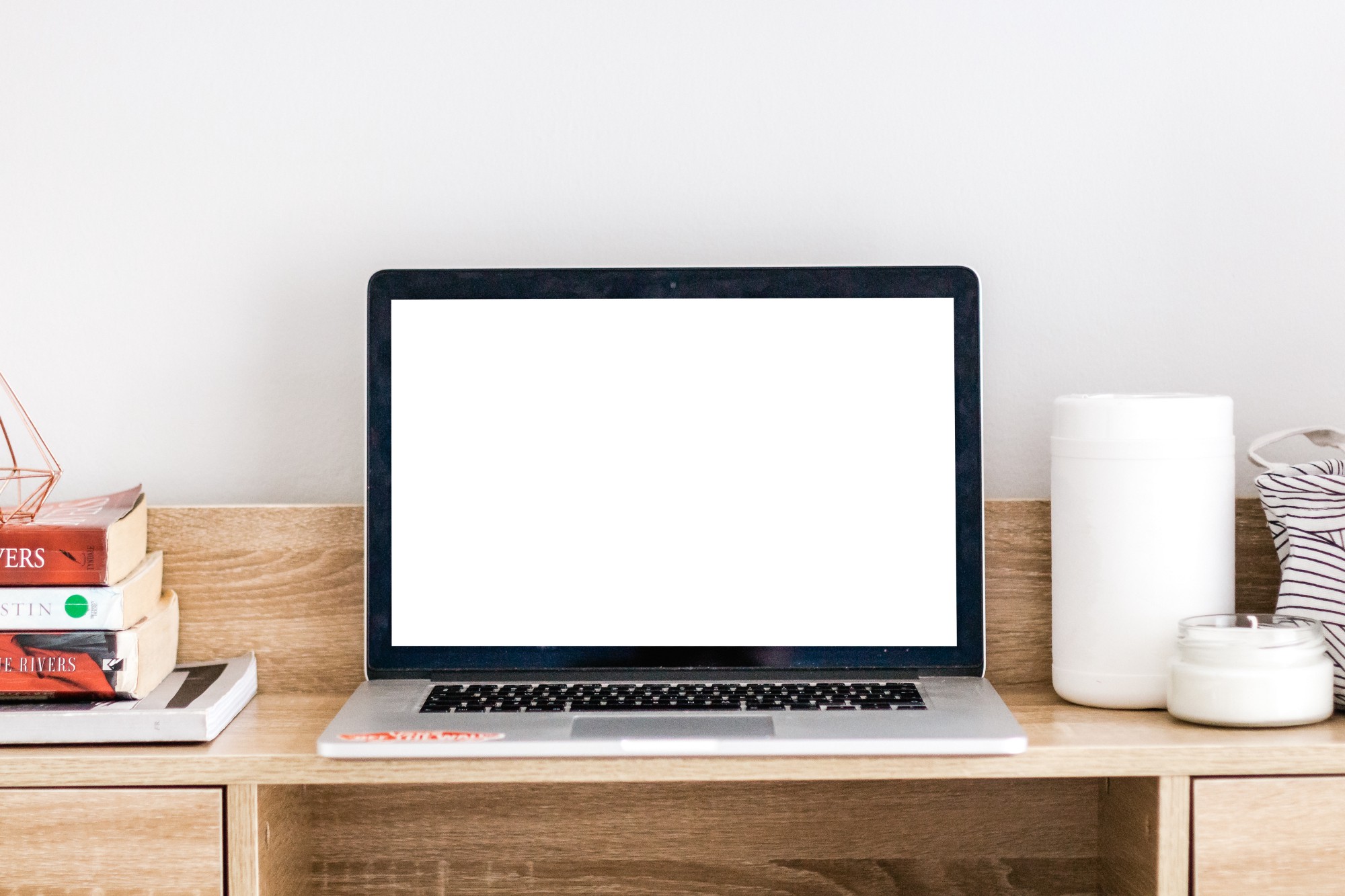 How to use design to impact your business growth 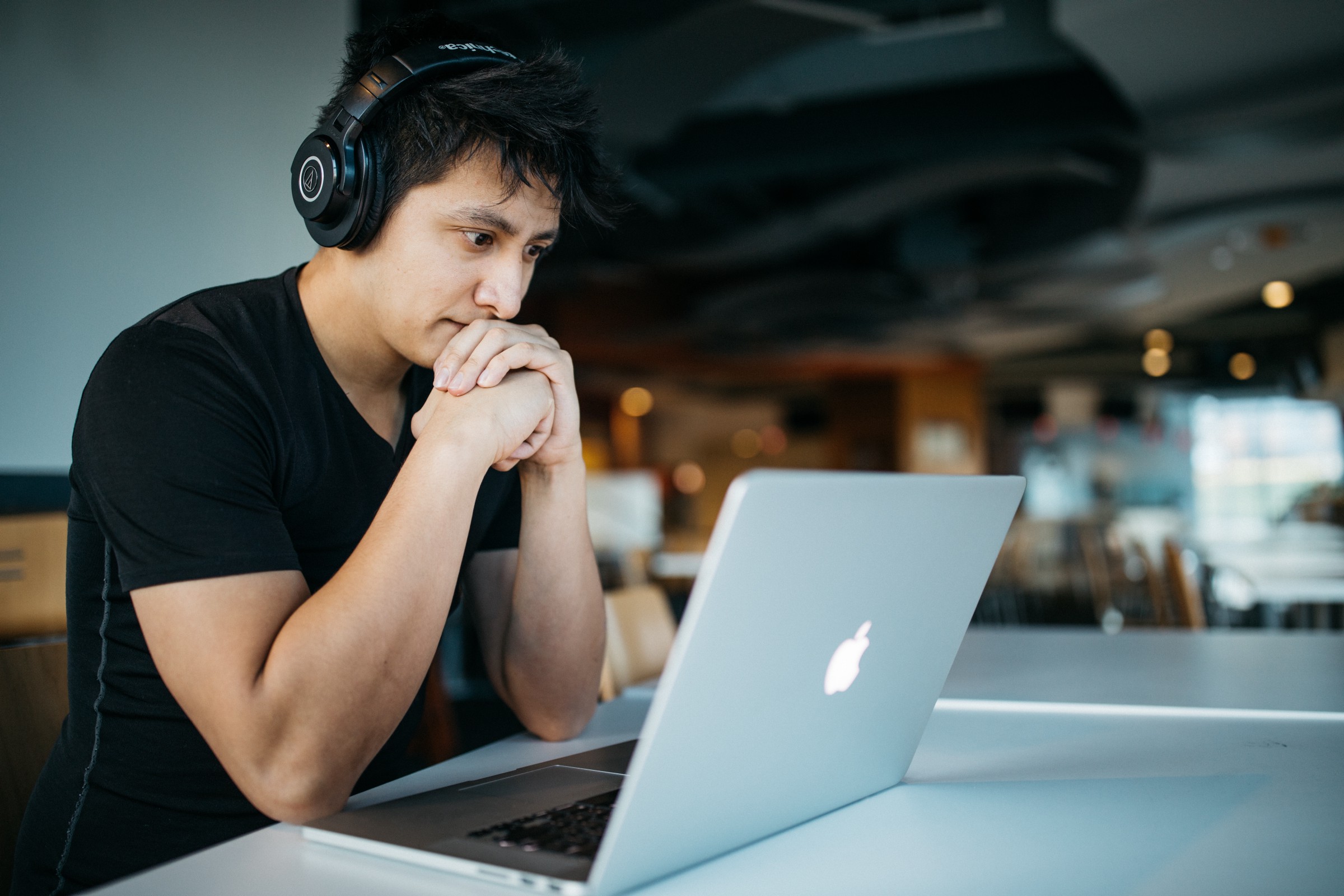